Glenn Danzig turned 60 this week. If you want to get some real perspective on ageing punkers, consider this: Alan Vega just turned 77 this week! I had no idea until fairly recently that he was that old. So when he saw his life-changing Stooges shows circa 1969/'70, the guy was already in his 30s. Doesn't make him any less awesome. However, what does make Danzig slightly less awesome is the ridiculous figure he has devolved into the past 25 years or more. Friends of mine really dug those early Danzig records. God knows I heard them enough at the dawn of the '90s at various parties where bongs were passed and vast amounts of alcohol was consumed, but they didn't mean much of anything to me. Fact is, the Misfits never meant much of anything to me either, even when I was Hardcore Joe Kokomo as a young gent. Sure, I heard the records and knew all about the band (no great stretch: they remain one of the obvious entry points for young rockers globally), but they came across like a bunch of artless lunkheads and not really my cup o' tea.

Naturally, I own all the obvious Misfits (ca. 1976 - '83: not the circus which has been parading as the Misfits in the post-Danzig universe) LPs now, but big deal - I own a lot of records, and not all of 'em good. Still, I can crank up some primo 'fits on occasion and dig the shit out of it in my paunched middle age, and that's not a bad thing. Their story is an interesting one - a band basically considered a joke in the NY punk rock circuit until various midwestern teens (Necros, Meatmen, etc.), DC baldies and west coast aggros (mainly the 'Flag guys) sung their praises and word began to spread. I could be wrong here, but the impression I get is that they couldn't get arrested in their hometown but obviously turned a lot of heads when The Kids took notice throughout the land.

Samhain were a more peculiar proposition: Danzig's outfit from 1983 - 1987, one which slowed down the tempo and went for a more metallic, goth/death-rock angle. I don't own any of their records and never have. Right now they're out of print, even in the digital realm. I've heard 'em, though - there was a nice box set released in 1999 which I remember selling many copies of when I worked at Missing Link - and they certainly have their charm, even if they suffer from the most staggeringly fuckawful production just about ever heard on record (and if you think I'm out of line, listen to the studio version of 'Archangel'). Anyway, this live clip, at least for me, nails how good Danzig and co. could be when everything's nailed down tight. The live version of 'Archangel' above is it. Pure rock & roll weirdness delivered with a hostile snarl. It really is terrific. Watch. Learn.
Posted by Dave at 2:29 AM 3 comments: 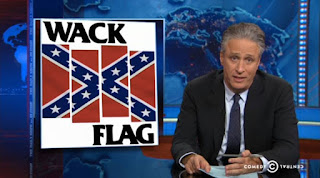 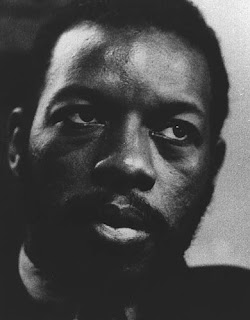 I can't let such an occasion go unnoticed: Ornette Coleman was one of the most important and innovative musicians of the 20th, and he has passed. He reconfigured the music of jazz as we know it. He's as giant a figure in American music as BB King, yet I didn't hear a whole lot in the major press about his death, but never mind - the music of Ornette never was and never will be 'for everyone' (and I don't say any of this to begrudge BB's coverage or his place in the musical pantheon: his many cuts for the Modern/RPM label are some of the best post-war electric blues you'll ever hear). Discovering Ornette's music in my early 20s was a big deal. His music - so varied yet so of a single mind - remains important to me. I wrote this pile of rambling guff on the man three years ago. Read it. Listen to his music.
Posted by Dave at 4:28 AM No comments: 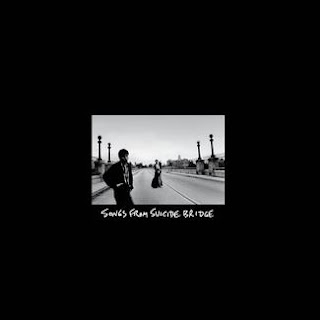 Those folks at Light In The Attic - who have recently reissued this obscure gem from 1984 - sure know a thing or two about a thing or two. Sure, they've got all that Rodriguez cash flowing in and keeping things steady (I always say that every successful label needs a Koln Concert in their repertoire for steady cash flow: LITA have found their Koln Concert. That remark may mean absolutely nothing to you), but such a predicament allows them to indulge themselves with this rather deluxe 2LP edition (it was originally a longish - 50 minutes or thereabouts - single LP) of a long-lost self-released singer-songwriter platter. Which matters.

David Kauffman and Eric Caboor aren't exactly household names and never will be. Their collectives careers stalled (but didn't die) pretty much upon the release of this very album, and frankly I'm mystified by its failure. Well, not mystified, as many great albums sunk like a stone for eternity, but its complete and total marketplace failure was indeed a tragedy. Some background... Kauffman was originally from New Jersey and moved to California in the late '70s, hoping to make it as a singer-songwriter in the LA scene like his heroes Joni Mitchell, Randy Newman, Jackson Browne et al. Caboor was from Burbank. They met in 1982 and played regularly around the fLA olk/coffeehouse circuit at the time. No double bills with The Stains or Saccharine Trust have been confirmed (nor ever suggested).


'Kiss Another Day Goodbye': one of the most awesomely depressing songs ever penned

They amassed a collection of songs, made demos, shopped them around to big-time labels and were promptly rejected by all and sundry. Reagan-era America wasn't in the mood for their feel-bad vibes. Bummed out by their rejections and feeling shut out by The Biz, they decided to record a collection of their most downer tunes on 4-track and release it themselves, if only to say Fuck You, of sorts. Thus Songs From Suicide Bridge. They pressed up 500 copies, gave a stack of them to radio stations and watched it fail. It's a glorious failure. Kauffman and Caboor were no Jandeks: homepsun heroes keeping the DIY spirit alive. They wanted to be stars. They would have signed to Elektra or Geffen in a heartbeat - it just didn't happen. But somewhere it that bitter failure lies the beauty of this release.

Both Caboor and kaufman share songwriting duties, mainly alternating tracks and singing lead vocals on their respective numbers. Their songwriting styles perfectly complement each other; until I checked the liner notes I assumed there were co-writing credits on all tracks. Musically, it's sparse and downbeat, but with a smart, crisp and lyrical musicianship. It's raw, but never sloppy. These dudes could play - it's just that no one gave a shit. One of the obvious comparisons is Springsteen's Nebraska, and it's in that ballpark, for sure, although both members have never suggested having been influenced by it. It remains its own beast, and a very LA one at that, with a maudlin feel gleaned from late nights studying early Tom Waits and Randy Newman sides. Kauffman and Caboor continued to write and record throughout the rest of the '80s and beyond under the name The Drovers, and I can make no judgments on this era of their music. I do know that Songs From Suicide Bridge is the sound of beautiful losers.

Posted by Dave at 4:19 AM No comments:
Newer Posts Older Posts Home
Subscribe to: Posts (Atom)