THE ALLURE OF LEWIS 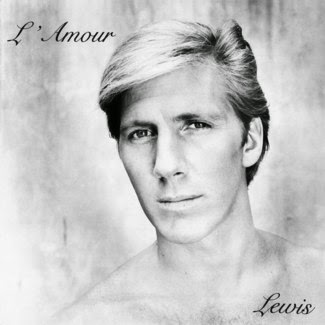 Oh dear god, it had to happen. I have finally been swayed by the madness of Lewis. Actually, the beauty of Lewis Baloue (AKA Randall A. Wulff) and his music hit me just pre-Xmas when an old friend who has a vaguely similar musical background to myself and has also been busy breeding and raising chill'uns the past near-decade recommended his music heavily to me on one of our regular playground/park dates (children are involved - don't even start). We had both come to the conclusion that we were looking for listening of the easy variety, that testing our sensibilities with the most outrageously challenging audio torture the past 20+ years had become a chore, and, to keep it brief, we both acknowledged our status as middle-aged white men who needed some smooth tunes to iron out the jagged edges in our lives. Music of a special banality which we could lose ourselves in.

I was aware of the 'Lewis discovery' which label Light In The Attic had taken on in semi-recent times, but I hadn't paid much attention. Sounded like a possibly interesting story, but it also sounded like a load of utter collector nonsense best left for people who don't really listen to the music, or, worse, a prank played on the gullible (something I could only assume LITA wouldn't partake in). Lewis is/was, of course, a Canadian of mysterious origin who released these albums at the time (using the photographic skills of Ed Colver with a bounced cheque!) and then disappeared back up to the Great White North. Regardless of all this, I only exposed myself to Lewis' music as music more recently than I should have been, and his music is worth your time and then some. 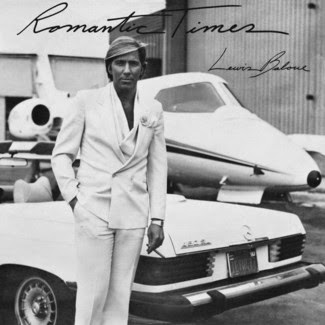 Indeed, his two self-released LPs, 1983's L'amour and 1985's Romantic Times, are albums of great beauty. The delivery of the material is so ethereal and lightweight it feels like they're about to float away. My friend who introduced me to these discs described them as sounding like Julio Iglesias produced by Angelo Badalamenti, and that's about as close as you're going to get to a perfectly accurate description. If I was going to throw in my own quarter-arsed description (and you know I must), I'd say the two albums - both of which are very similar, although Romantic Times sees the sound fleshed out ever-so-slightly with a touch of, err, romantic saxophone in the mix - approximate what might have happened if Alan Vega and Arthur Russell had collaborated at the dawn of the '80s. Or if Cluster and Eno recorded an album for lovers. That's two quarter-arsed descriptions, officially now making it a half-arsed effort. I'm available for freelance press-release work, by the way.

Lewis' breathy vocals bring to mind a man with such romantic visions of life that he's on the verge of collapse. The basic synth-string and electric piano backing augments this passion perfectly. He sounds like he looks: a man in a white suit playing in front of a plastic palm tree in a sleazy bar - but don't ever confuse it with kitsch, because I'm too old and pathetic to be enthralled with such a cheap gimmick. He was obviously a man of very real intentions with his music - romantic balladry for lonely lovers - but the unintentionally kosmiche nature of the music (check 'Love Showered Me') pushes it beyond the sublime and into its own stratosphere. It is something to behold. I am likely the last person on earth to put this in print, but the music of Lewis is awesomely strange and strangely awesome. L'amour and Romantic Times are worth all the hype bestowed upon them and then some. I liked 'em so much I pur-charsed them in the physical format, feeling that I needed to own a little piece of the man as a sign of my fandom. They're on their way to being out of print permanently - Randall doesn't want them around no more - so if you're even more behind the times than moi, you should get on it, toot sweet.

There are but many fantastic tracks on both albums, and you can find them all very easily on Youtube, but below remains my favourite, 'Like To See You Again'...

This review got me hoping LexDev will soon tackle that imminent Smokey release on Chapter Music: