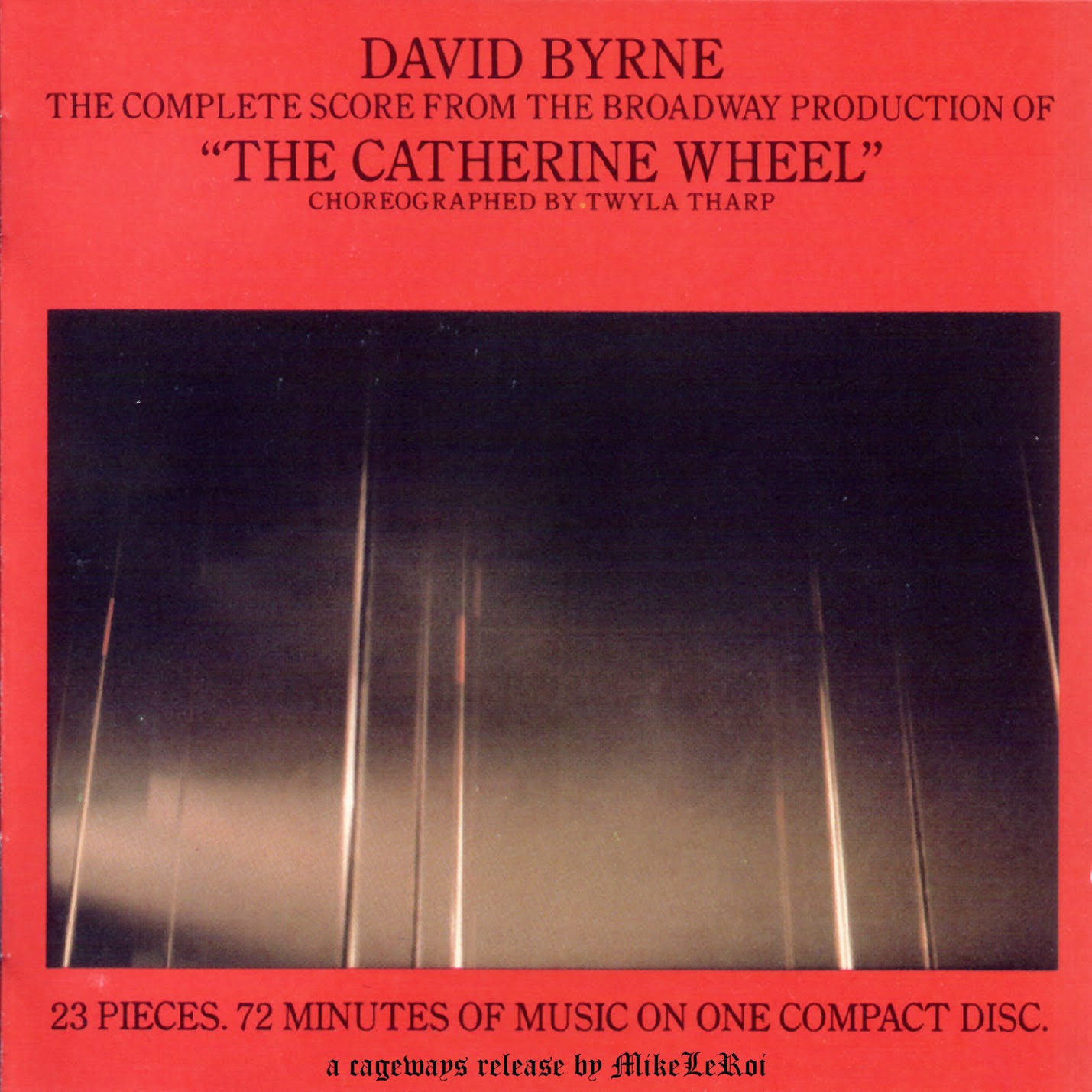 What a New Waver. This David Byrne score from 1981 is quite something indeed. I had, until recent years, pegged Mr. Byrne as a pleasant gentleman but one whose reputation as a Man Of Quirk rendered his musical career of little interest. Sure, he has a pretty cool record label responsible for some mighty swell reissues by the likes of William Onyeabor, Tom Ze and Os Mutantes, amongst others - and who hasn't performed a herky-jerk dance to 'Psycho Killer' at a party while inebriated? You?! - but I figured Talking Heads, a band who sold an awful lot of records, to be one of the less interesting acts which found their feet in the mid '70s NYC rock & roll renaissance centred around CBGBs. Of course, that's piffle. The Heartbreakers and Richard Hell & the Voidoids, for instance, only made about one great album between the two of 'em, and Talking Heads made at least two really great albums: Fear Of Music and Remain In Light, from 1979 and '80, respectively. Produced by Eno - el naturale - they could easily pass for Eno discs themselves, and their mixture of butt-tight funk, ethno forgery and Frippian guitar noodling (from Fripp himself) make 'em worthy additions to your collections. Fugg knows it took them long enought to be added to mine.

And thus thar be The Catherine Wheel from 1981, Byrne's soundtrack to Twyla Tharp's dance project which was probably all the rage in the Downtown district. I know next to nothing of it, except for this accompanying music. Roughly 70 minutes in length, The Catherine Wheel was originally released as a 2LP set, then on CD, and for now remains out of print in any format outside of digital (I've been spinning it via streaming services. Fuck you, too). I'm on a strict No Buying policy right now - haven't purchased an ounce of music for 4 months (a situation brought on by the fact that I can barely even enter the dreaded 'spare room' without tripping over piles of LPs, CDs and yes, cassettes) - but if I stumbled over a vinyl edition of this baby tomorrow, I may just make an exception.

There's 23 tracks present, a couple being under a minute and some surpassing five minutes. If you didn't know it was a score for a live dance presentation, you wouldn't guess. It possesses no real 'soundtrack' feel, but its mixture of moody instrumentals, muscular funk and abstract No Wave-isms make it a highly listenable and eclectic brew. As with the previous two Talking Heads LPs (and even Byrne/Eno's My Life In The Bush Of Ghosts LP, a record I know a lot of people like but one I always found to be the least interesting effort from Eno's 'classic' [1971 - 1983] period - however, I need to revisit it), its angular, faux-Afro rhythms played by a bunch of college-edumucated honkies (albeit accompanied by ace players such as Yogi Horton, Bernie Worell, Adrian Belew, Eno, etc.) sounds like a more avant take on the sound the 'Heads had perfected on their previous two LPs. Some cuts even wound up on subsequents 'Heads platters, in modified form. You want tracks? I'll give you tracks... 'Big Business' and 'Dinosaur'. Follow the links to the side and you'll hear the whole thing. Yep, the whole damn thing. The world's at the tip of your fingers, no effort to be made. Sometimes the goods are right under yer nose. Why even write about it? Just listen.
Posted by Dave at 12:48 AM

Dave - good to see you back in action! Rock on!

I really enjoy this album and was able to see a video production of the dance piece years ago. The fragmentary nature of the songs and settings of several of them (radio preacher and Arabic chanting etc) make it seem like maybe they are outtakes from My Life in a Bush of Ghosts.