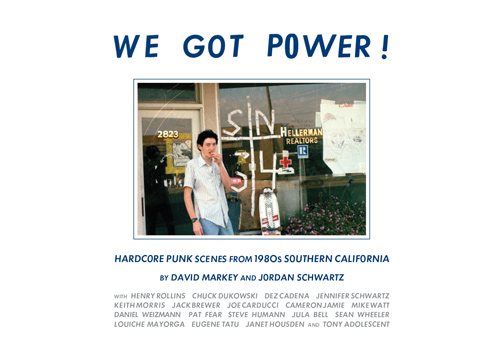 Aaah... the dawning of a new year. Does that mean much of anything to you? Me neither. In fact, the flipping of the calendar from 2012 to 2013 has meant less for me than any other year in memory. Maybe it's the blur of parenthood, or maybe the feeling of having seen too damn many calendar years go by, but, as I briefly noted last week, I didn't even feel much like doing a yearly round-up for 2012. Yes, the year wasn't a great one for moi - nothing disastrous, but work frustrations/headaches and an ever-impending midlife crisis and sense that I must, for some unknown reason, radically change course with my life has hung over my head like a dark cloud for the last 6 months - but after awaking this morning, hangover-free, on the first day of the year and getting out of the house for a 90-minute bike ride to clear the head, I came to the utterly banal conclusion that there is always hope. And I must capitalise on that hope and do - or at least attempt to do - all these ideas and plans which swim around my head but rarely come to fruition. And the first day of the year is as good, nay, better, than any other day of the year to start getting these things done. What are these things I speak of? I wouldn't dare utter them in public in fear of being ridiculed in 365 days time for having achieved none of them. But if I do, you'll hear about it here, if nowhere else.

Wow. Where did all that come from? I'm venting, purging, attempting to make sense of the fact that it's 2013. I'm still on a seasonal break, just back from a couple of days of being driven nuts down at beachland w/ the kids, and it's about time I tapped the keyboard in reference to We Got Power!... the book. I received it for Xmas from my better half. Well, actually, I purchased it from Book Depository, it arrived 2 weeks ago and was swiftly taken from my hands by said better half and hidden away until Xmas morning when I could finally peruse its eagerly-awaited wares. It is a book of recent vintage. My brother and a good friend both also found themselves in similar predicaments: sad motherfuckin' 40-something ex-punkers still reliving the glory days. Not that any of us were flying the punker flag when We Got Power! was around ca. 1981-'83, but you and I and Dave Markey and Jordan Schwartz knew and know that those years were the glory days for, as the title notes, Southern Californian Hardcore Punk.

A bit of background info here... Dave Markey and Jordan Schwartz may be, and should be, names which ring a distinct bell. Markey's name has been in the back of my brain since the late '80s when I first viewed his Desperate Teenage Lovedolls and Lovedolls Superstar films - classic slices of '80s underground trash culture featuring Redd Kross and some SST alumni - and subsequently tried to sit through a Painted Willie record. I haven't listened to any 'Willie in a long time, and I am being unkind: many dismissed them as a perfect example of Ginn's bonghit A & R policy of the latter half of the '80s gone completely mad, though I recall enjoying their 2nd-gen SST hippie-punk shenanigans to quite a degree. Expect the full summation of the career of Painted Willie to hit the web in months to come. You'll just have to wait.

Markey also hit the skins for HC punkers Sin 34 in the early '80s, not a first-tier band, but they belted out a crude adolescent angst in an agreeable manner, and he has, of course, gone onto many other things: the Reality 86'd doco, 1991: The Year Punk Broke, video clips for Sonic Youth, Meat Puppets, fIREHOSE et al, the recent Circle Jerks doco (which I must see) and more besides. Schwartz? He left the music scene in the late '80s, though prior to that, along w/ co-creating We Got Power! the zine (there was also the We Got Power! comp' LP from the time, put together by Markey & Schwartz, one of the great short/fast/loud mix tapes of its day, and WGP is also the name of Markey's film production company. Just so you know), he had a half-decade stint at SST, co-running their Global booking operation, as well as appearing in Black Flag videos ("Slip It In") and on Black Flag records (The "Annihilate This Week" 12"). So, now that all of that is out of the way...

We Got Power! was a fanzine designed, written and executed by these two Southern Californian miscreants between the years 1981-1983, that has been noted. It only lasted for 5 issues (there was a 6th, "previously unreleased" issue from 1984, included here, too), wasn't setting any new records for penmanship (the record reviews often hover around the "this disc kicks ass!" stratosphere) and layout and usually stood around the 24-28-page mark, but it left a beautiful stain on proceedings and remains a glorious document of its or any other day. Along w/ Touch & Go, also recently compiled into an essential book form, it was an awesome compendium putting in print the glories of first-wave US HC and its offspring (in this case, the diaspora is centred mainly on the SST/Redd Kross family of bands) when the music was fresh and exciting and HC didn't get so bogged down in the rad politico manifestos of the Maximum Rock 'n' Roll spawn (as I've said before: I think MRR did a lot of good things for punk rock in general for a number of years - and probably still does - though its glorifying of straitjacketed music forms and politics was not one of them).

The reprints of the fanzine issues only take up a small portion of the book. This hardcover behemoth which could stop a door in a heavy gust of wind is 300-pages thick, the bulk of it comprising essays from many worthy folks, including Markey & Schwartz, as well as Joe Carducci, Jack Brewer, Mike Watt, Dez Cadena, Keith Morris, Chuck Dukowski, Henry Rollins, Dez Cadena, Tony Adolescent and more, and a plethora of photos, most of which are previously unpublished. The photographs, in particular, are a goldmine. They concentrate less on generic gig footage and instead give the viewer a fantastic insight into the characters and make-up of the LA punk rock scene at the time: the hang-outs (Oki Dog!), party shots (D. Boon and Joe Baiza kicking back), graffiti, the tragic/troubled ones (notably John Macias from Circle One), the workers (Dukowski sweating over paperwork in the SST confines), the winners, the losers. There's a lot of great B & W imagery here (a lot of it taken by Lovedoll Jennifer Schwartz, Jordan's sister) documenting Black Flag (w/ Biscuits in a Motley Crue t-shirt!), Minutemen, Saccharine Trust, Minor Threat, Descendents, Redd Kross, Big Boys, Gun Club, Butthole Surfers (first west coast shows), even early Suicidal Tendencies.

And the 'zine documents this further w/ reviews and interviews, also covering Husker Du when they were punkers (or at least perceived as such), the DC and midwest scenes, a shitcanning of most things contemporary, punk rock and British (the exception being Discharge), "scene reports" (remember them??), stories of police harrassment (de rigeur for shorthairs at the time), Dead Kennedys, Misfits, Flipper and even a young Hank Rollins when he appeared enthusiastic about his 'padres in Bad Brains ("Maybe the best band EVER!!"), the Dicks, DOA and Saccharine Trust.

Being spiritual brothers in arms w/ the McDonald bros., Markey & co. also possessed a healthy enthusiasm for various elements of American trash culture, mainly lame TV shows (Facts Of Life!) and movies, Pac Man and the kind of suburban, SoCal kultcha which has me thinking of the identikit homes in E.T. Oh, and there's lots and lots of skateboarding.

Just think how less exciting life on earth would be without We Got Power! and all of the above. Ponder it and then thank the heavens that folks hit the streets and made their own cultural surroundings for you and I to enjoy, learn from and be inspired by to create something in 2013. Hyperbole? Nope, not a word of it. Assuming you more than merely tolerate this blog's long-running and never-ending obsession w/ all things early LA punk/SST-fixated, then you know the next move to make, if you haven't already. 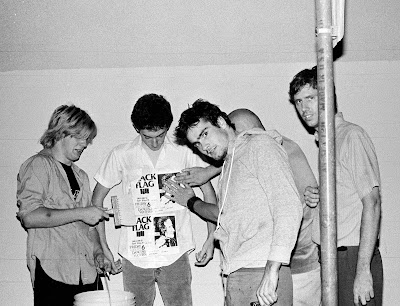