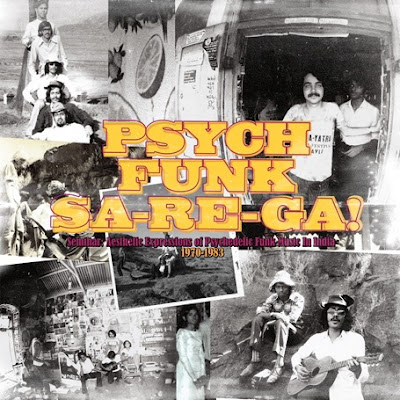 Holy moly, 2011 came and went like that! And what a tumultuous year it was; not so much for me (business as usual on nearly all fronts), though a shocker for many others - some close to home, some far away. If the 20th century was the period of great ascension amongst the human race, in terms of technology, medicine, communication, entertainment etc., then my general feeling about the 21st century is that we're on a downhill slide, but then again, there was probably someone saying the exact same thing about the previous century in 1912 (as well as others hailing the forthcoming conquests of the 20th century as they set sail on the Titanic). In other words: the more things change, the more things stay the same. The only big change I have coming up in the next month is that I'm about to enter my 40s. I'm looking for big changes in my life, but only I can make them. And all that Z-grade philosophising and therapy is a roundabout way of saying this: one thing which will never change is my ability to belatedly give mention to great releases from years past, and today is no exception.

I didn't mention reissues in my round-up of 2011 as there's simply too many to list. Off to the top of my head, I'll mention... the Opika Pende 4CD/book box set on Dust To Digital, documenting rare African 78s from many decades past; the Bobby Robinson 4CD box on JSP (Robinson was a producer/arranger/songwriter/label boss responsible for many killer sides, from Elmore James to Red Prysock, and this set is a non-stop good time); the Italo Funk Experience CD on Nascente (I reviewed their French Funk Experience set earlier in the year; this series of weird & wonderful territorial gems is the bomb); the Johnny Otis series on Ace, digging up more gems from the '40s/'50s vaults); the Shattered Dreams: Funk Blues 1967 - 1978 set on BGP/Ace (which details the transition of old blues players in the late '60s/'70s into a more contemporary, funkier style of playing. My exposure to this period of music previously had it pegged as one of great bogusness. This CD puts that theory to rest: lots of great tracks here, by Johnny Otis, Lowell Fulson, Icewater Slim, Little Sonny and more); the 2CD Mark McGuire retrospective on Mego (young folks/hipster tunes, for sure, but that doesn't necessarily make it bad. McGuire is a member of avant-synth/drone combo, Emeralds, and releases cassettes/CD-Rs of his tunes like you & I have hot dinners. This 2CD compiles his best material. He has one or possibly two tricks: run a guitar through a series of effects pedals, echoes and loops and repeat... but it's an effective trick), etc. etc. Above is one which requires special mention. It possesses the mouthful-and-a-half title of Psych Funk Sa-Re-Ga! Seminar: Aesthetic Expressions of Psychedelic Funk Music In India 1970 - 1983. Wow. It comes on either CD or 2LP and both sets are handsomely packaged c/o the folks at World Psychedelic Funk Classics. I've got a few Indian and/or Bollywood compilations in my collection, but for me this one's the best of 'em all. Many of the tracks are hideously obscure soundtrack "incidental" pieces of music, from what I can gather they're taken from Z-grade Indian psych cash-in films (they're the best kind!), and many contain "personnel unknown". Some aren't remotely "funky" in a musical sense (I'm thinking obvious bass licks and danceable rhythm sections), though let's not split hairs: the opener by the Black Beats, "The Mod Trade" from 1971, is a killer slice of barely-together surf-influenced garage rock which sounds like an early, instrumental VU number. There's also a mighty strange track featuring kraut saxophonist, Klaus Doldinger (from fusionoid numbnuts, Passport) called "Sitar Beat" which features no Indian musicians (just Germans, including a guy from Embryo) and wasn't even released in India, so its inclusion means that the theme for this comp' is, err, "loose". But a winner it be. There's a zillion of these far-out comps from faraway lands in the market at this point in time. I've heard a heap of them - Turkey, Japan, Nigeria, USSR, Indonesia, etc. - and this is one I spin often. 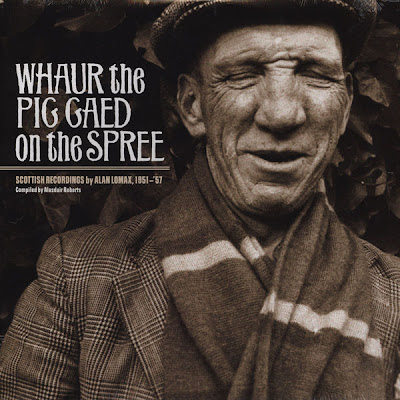 Unless you're prone to a little feet-scufflin' jig, you won't be dancing to anytime soon to any tracks from Whaur The Pig Gaed On The Spree: Scottish Recordings by Alan Lomax, 1951-'57 (2s & Fews/Drag City). It was compiled by Scottish indie-folk musician, Alasdair Roberts (who has a bunch of recordings available via Drag City), who's a great enthusiast and fan of folk music from his homeland. I'm descended from the Scots, too, so there's interest on my behalf which goes beyond the perfunctory. Alan Lomax - one of the great recorders of sound throughout the globe in the 20th century - was living in London in 1951, working as a radio producer and field recordist for the BBC, as well as being under contract to Columbia Records to curate a series of LPs entitled World Library Of Folk and Primitive Music (where the hell can I get a job like that?!). He was about to draw tracks from the BBC archives from the 1940s for the English edition when he happened to meet Scottish poet, collector and radical, Hamish Henderson. Their meeting changed Lomax's mind, and he spent that summer dragging his audio gear around Scotland, recording Gaelic work songs, pipe tunes, ballads, sea shanties and more. The music of the Scots, a proud people deeply knowledgable of their own musical heritage and whose sense of community ran in tendem w/ Lomax's definition of folk music as a people's music, had Lomax recording hours and hours of music over the subsequent years of the 1950s. And this collection - available only on LP, but one w/ exhaustive and detailed liner notes - puts together the best of them (or what Roberts deems the best). A fair bit of it is a capella, some is accompanied by guitar or fiddle, and there's even a bagpipe tune to round it out. I have a deep love for the traditional folk music of the British Isles, whether it's the real thing as presented here (or on this collection) or one reconfigured by musicians steeped in the rock idiom (from Fairport Convention to Trembling Bells). Whether you're partial to this will determine as to whether you care for this collection's existence. It's beautifully put together and annotated and documents the lives and songs of people most likely long dead. It won't be the feel-good hit of the summer, but it'll keep you warm on those cold, wintery nights. 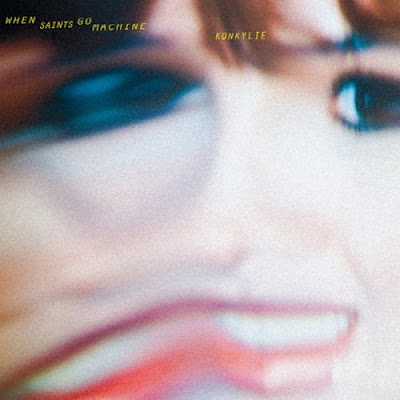 This release was - and remains - very strangely enough, one of my favourite releases of 2011, and yet I forgot to mention it last week. It is, indeed, a very strange beast. The band is When Saints Go Machine; the album goes by the name of Konkylie. The band is on a major in their homeland where they're a top 10 pop act. Other countries will have to suffice w/ the album's licensing to the German indie, K7. I stumbled across this one whilst at work. After reading the bio, which namedropped Arthur Russell and Talk Talk and gave mention to its homeland success, I figured it was due for a spin. How could I possibly sell copies of this in Australia? Does a top 10 in Denmark count for anything down here? The answer to the first question is: with great difficulty; the answer to the latter is quite obviously "no". This record is a thousand miles removed from much of the music I've trumpeted here over the past 8(!) years: this would never have fitted in on SST, FMP or ESP-Disk'; you would never mistake it for a hidden krautrock gem and nor could it ever be mistaken for a classic slice of 1940s booze-soaked rhythm & blues. It is, for all intents and purposes, a synth-pop album, one w/ the kinds of tunes which top charts. It could well have been released in 1985, so strong is its '80s-retro aura, but it's too smart, too adventurous and way too good to be mistaken for some of the lesser lights of that decade. Perhaps the group's main appeal is the vocals of lead vocalist Nikolaj Manuel Vonsild: he has the sweet, high-pitched nuances similar to that of Arthur Russell, Talk Talk's Mark Hollis and Antony Hegarty (from Antony & The Johnsons). His voice sounds fractured and possesses great depth and emotion - it undoubtedly makes for a highlight - but all that would be for naught if the songs weren't actually good. They're better than that, they're great. For better or for worse, this is arty synth-pop: you could compare it to 2nd-LP Suicide, Arthur Russell, late-period Talk Talk, Byrne/Eno, Another Green World, etc., but you could also say that this possesses the outright mersh qualities of say, Pet Shop Boys(!), Depeche Mode or mid '80s Yello (think Ferris Bueller). In fact, a good deal of this wouldn't have sounded out of place in an '80s slice of teen drama c/o John Hughes, and the track "Kelly" really could've been a chart-topper throughout the whole Western hemisphere ca. 1986, but that was not to be. There's 10 slices of primo art-pop here - great songs, all - and WSGM's combination of electronics, percussion and pining vocals is something I can dig a whole lot. I probably say this roughly once a decade, so I'll clear my throat and utter it: When Saints Go Machine's Konkylie is simply great pop music.
Posted by Dave at 7:17 PM