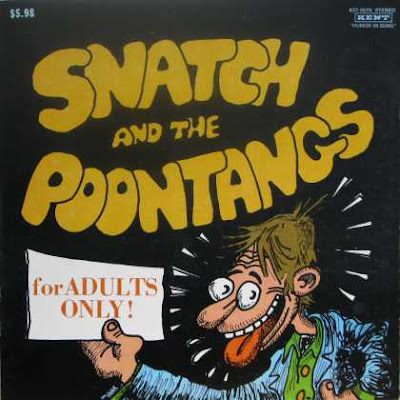 The man known as Johnny Otis - born John Alexander Veliotes in 1921 - is an American legend, one of the most important and influential figures in American music in the 20th century, and yet the average dumbfuck has never heard of the guy. His musical legacy is larger than Elvis's, but you probably won't find him on a postage stamp any time soon. His life story is big enough to fill a large-sized Wikipedia entry, and hence you can take the lazy man's option and simply check it out here. I'm waiting for the Hollywood biopic - surely someone will take the plunge one day - and when they do, you can bet your SST cutouts that the man himself will likely be played by someone like Tom Cruise tinged in a strange olive glow. Otis was born to Greek-American parents, though he fell in love w/ LA's jazz scene as a youngster, one which mutated into its famed R & B scene by the mid '40s, and so smitten was he that he attempted to pass himself off as black and renamed himself Johnny Otis. I've read my history books, and I don't think that passing yourself off as black really granted you too many special privileges at the time, so I guess that speaks volumes of his dedication to the music. I don't know for sure whether anyone was actually convinced of his blackness, but his musical credentials in the field have few rivals on this planet. As a songwriter, musician, bandleader, talent scout, radio & TV host, label owner (there's a series of CDs on the Ace label which compile the best releases from his Dig label in the '50s which I could - and will - recommend to any and all reading this nonsense), he's a renaissance man par excellence. In the 1960s he was actively involved with Democratic politics and even much later, in the '90s, worked as a pastor at his own church whilst concurrently running his own restaurant/grocery store/nightclub. And just what the hell have you done w/ your life? The man is still alive and probably not greatly active, but as I said w/ the similarly ancient Yusef Lateef just a handful of entries ago: he's earned a rest. He sired the son, Shuggie, a man well known to collector dorks and samplers the world over for the three cult LPs he released in the 1970s: Here Comes Shuggie Otis, Freedom Flight and Inspiration Information. One of the interesting aspects of Johnny Otis's long and varied career is that, unlike many of his contemporaries in the '40s/'50s R & B scene, he enjoyed a second life in the late '60s and early '70s as a producer/writer/player of bad-assed, expletive-laden funk. The best example, perhaps the only example in regards to potty-talk, is the one pictured above: Snatch and the Poontangs. It was recorded in 1969 and released the following year on the Kent label (a subsidiary of the great Modern/RPM empire), and featured Johnny on piano and drums and his son Shuggie on guitar. There should be more father/son records like this. Collector-nerds may know of the White Boy 7" from the late '70s, but my knowledge extends to no others. Most of the songs are apparently based on black American folklore, though lyrically they're coated w/ foul-mouthed ghetto talk, the kinda stuff Ice T, Ice Cube and all the other members of the Ice family would make a mint w/ some 20 years later. Check out "Signifying Monkey" below, if you will. Whilst the idea of a couple of grown men (actually, Shuggie wasn't at the time) spouting off a bunch of sailor-talk on disc doesn't thrill me a great deal for its own sake, the language, which is both a reflection of and tribute to the street-talk you'd find in any black (or even white) street corner at the time, in context w/ the music, is what makes this such a remarkable disc. The combination of Johnny & Shuggie, along w/ vocalist Delmar "Mighty Mouth" Evans, is the musical goods, a sleazy, bluesy funk which has more than a passing similarity to Funkadelic's first LP from the same year, and whilst Shuggie doesn't reach for the sky in the way Eddie Hazel did, the hot licks are a-plenty. Johnny showed the world that, despite the passing of the years (he was nearly 50 at the time), he was indeed no square, and the disc was a minor hit w/ countercultural freaks who probably picked up the LP from record-store racks (remember them?) due to the faux Robert Crumb cover art. The LP is available on CD via Ace, which has compiled it together w/ the more clean-cut, though musically awesome Johnny Otis album, Cold Shot, and the two together make for fun times. I can't play Snatch and the Poontangs whilst the kids are around, but late at night I slip it on, crouch next to the speakers and, pathetic as it may seem, I feel like I'm 15 again.