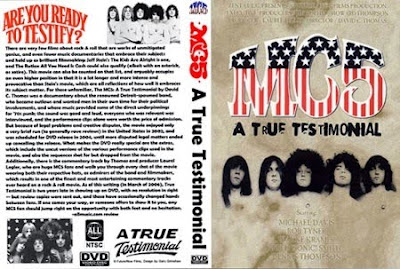 I agree with your take on those three MC5 LPs: their first is wild, unfocused sludginess that bores me by the end, their second gets my tinnitus ringing with it's annoying AM production/mix, but the third is just really good, stretched out 70's hard rocking. I do realise they meant A LOT more than this to a lot of outsider rock folks back then, but it doesn't change what they laid down on vinyl.

Incisive take on an excellent film which is steadily moving towards a proper release.