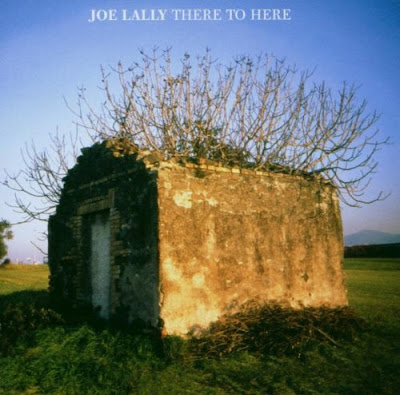 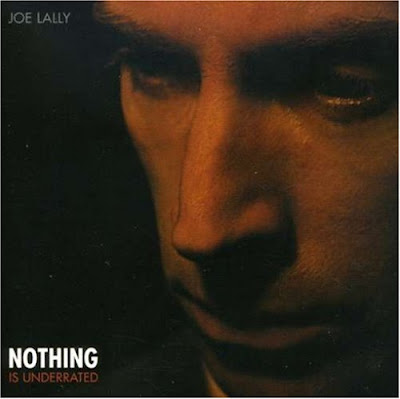 Who woulda thought the bass player of Fugazi was responsible for two such fine albums? Not me, until quite recently. The guy in question - that's Joe Lally - played here two years ago, hooked up w/ a couple of local musos and did a few gigs around town. I was not in attendance for any of the shows - I think family responsibilities kept me from being present - but having now been exposed to these two discs, I'm kinda sorry I didn't make it. Scratch that: I'm really sorry I didn't make it. These are way better than I had expected, though I guess it's hard for me to articulate just exactly what my expectations were. Perfunctory, indulgent, bass-playing nonsense from a guy who played in a very famous and well-regarded band for over 15 years? Indulgent nonsense of a different stripe released for the sole reason that he was in said band? That's harsh, and not exactly what I was expecting anyway, for the truth is, I had no expectations. So far as I knew, both of these discs - released on Dischord, of course - might've been excercises in singer-songwriter folk, experimental noise or stoner boogie (a genre of music Lally is greatly fond of), but they are none of the above.
There's two CD/LPs here worthy of consideration: 2006's There To Here and 2007's Nothing Is Underrated. If anything, Lally's records are like a vastly stripped-down version of Fugazi ca. Instrument, a cop-out description which does them some justice, but also undersells their fairly unique sound. On There To Here he's got some of his old band buddies helping him out, Ian MacKaye and Guy Picciotto, mostly on backing vocals and guitar, though more interestingly (or perhaps more uniquely), he also has his old room-mate, Scott "Wino" Weinrich (Obsessed, Saint Vitus, etc.) helping out on guitar on a couple of tracks. There are two cuts here, "Resigned" and "Billiards", which have Lally, Wino and MacKaye playing together, and the combo of Lally's Wobble-ish bass grooves, Wino's guitar strangulation (which aren't doom powerchords, but more boogiefied noodles) and MacKaye's backing vocals are pretty damn hot. Now there's a potential supergroup who should put some more tunes to tape. The combination of the three is like Metal Box-era PiL mixing it up w/ stoner guitar licks and Lally's nasally, vaguely collegiate vocals... and perhaps you think I've just described a musical abortion, but that it's not. A work colleague of mine just about spat his lunch out when he heard the semi-spoken word "Pick A War", a none-too-subtle dig at, uh, war... but like I've said before, in a world of irony overdose, I can easily handle such sentiments delivered w/ a straight face.
2007's Nothing Is Underrated carries along a similar path, so much so that both albums feel like bookends. Bookending what, you may ask, and for that I have no answer. Let's just say that both albums are like two halves of a whole. It also has MacKaye and Picciotto helping out on several tracks, but w/ also subtle keyboard assistance c/o Sam Krulewitch. Lally's lyrics are similarly cryptic, his vocals mostly spoken in an understated though slightly whiny manner, though this never detracts from the music, but instead embellishes it perfectly. Much like its predecessor, it's also musically stripped to its bare essentials: every song is based on a simple, slightly dubby bass/drums rhythm w/ guitars and keyboards being used for texture. "Scavenger's Garden" breaks the general rule of thumb with a wall of guitar noise from Eddie Janney and Picciotto, but mostly this is about subtlety and restraint. I dig both albums, a whole lot. Any kind of contemporary US underground rock has barely even registered on my radar the past 5 years. It was, in decades past, a long-running obsession of mine but has largely become irrelevant to me in recent times. Hell, my music diet the past 12 months has rarely reached beyond the year 1960, so it's nice to hear a couple of releases from the 21st century which really do register w/ me. I expected absolutely zip from Joe Lally, and he has a whole lot more to offer than that.
Posted by Dave at 9:13 PM