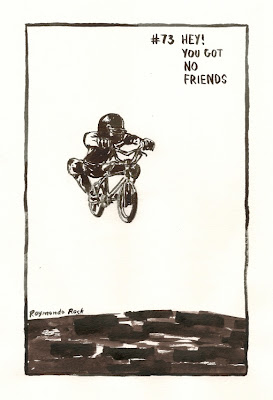 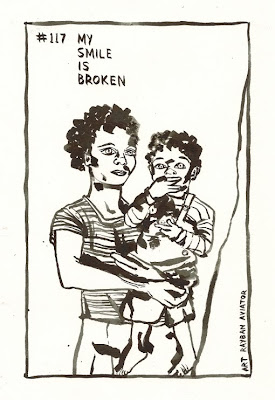 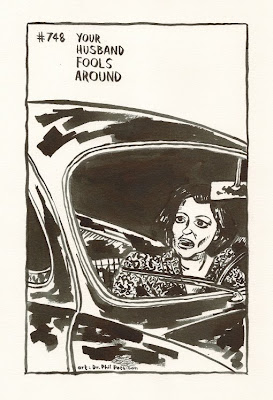 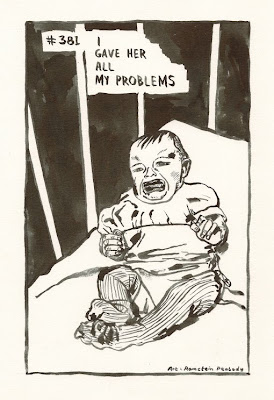 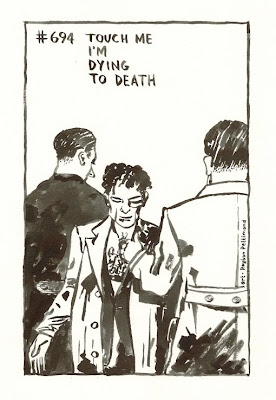 Henry Rollins turns 50 next month. I hear he's planning a big bash in Washington, DC. 20 years ago, I thought Rollins was a bad-assed rocker; 10 years ago, I thought he was just flat-out bad. If you ask me what I think of him now, I'd have to say that I appreciate his role as an elderly statesman of the counterculture and that I wish him well, just as long as he chooses to record no more music.
20 years ago, my brother and I were just a little bit obsessed w/ a Hank Rollins book by the name of A Thousand Ways To Die. It consisted of 1,000 haiku-style poems dedicated to the misery of life. We knew it was ridiculous, and we also knew that Hank was slipping into self-parody, if he hadn't fully already, and yet his poems, despite their absurdity, still made a dent somewhere. At least enough for my brother to draw a whole series of individual Pettibon-styled captions documenting those 1,000 ways to die. You can check out the full range at Art Thug. Despite all the ups and downs over the years - the genius of the 'Flag years, the brilliance of the first couple of Rollins Band albums, all those other bad albums, the shitty films, the funny stand-up routines and the not-so-funny ones, the pretty fine cable TV chat show - I dedicate these to Hank and 50 years.
Posted by Dave at 3:20 AM

Dave these are great, perfect in every way. Has Ray himself seen these? I can't imagine he wouldn't approve.