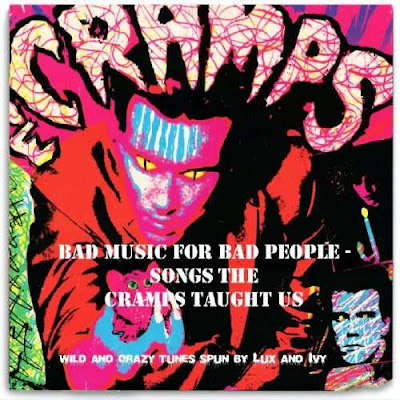 The Soothers "Best Australian Music Blog" competition winner has been announced, and... the big news is that it ain't me. But I can say w/ at least some sense of hopeless and desperate pride that Lexicon Devil came in second and in fact received over twice the votes as the winner. How the hell does that work?, I hear you ask. Well, you get a couple of marketing executives keen to ingratiate their product - a goddamn cough lolly... I mean, do you buy the things unless you're feeling crook?! - w/ the hep music scene, and then you somehow create a competition to determine who has the best music blog in the land. You do this not by the quality of the actual writing or the public's response to it, but by creating a "virtual concert" which in fact possibly says very little about the blog in question... and then... I guess you kinda make it up as you go along. The story isn't even interesting enough to bother re-telling. But my monstrous ego was moderately flattered, and so I'd like to thank you. Good night.
Posted by Dave at 12:11 AM

Good work on the Cramps...I presume the next post will be about the Meteors!!

P.s: You actually should have won that Soothers competition....

Strangely enough, just last week I listened to the Meteors' first album, for the first time in over 20 years. It's OK for what it is, but to state the obvious, it ain't no Cramps.

Yes it certainly ain't no Cramps, but at least it ain't no Guana Batz....god it's frightening to think of all the horse shit one listens to before one turns 18...

Speak for yourself! I can still listen to 98% of the music I loved as a teen and figure I was on the right track at the time. Seriously! That's not meant to sound arrogant, it's just a fact. Then again, I never jumped on the psychobilly bandwagon, nor was I ever into limey fops like The Smiths, JAMC, etc.

Hehe well yeah the pyschobilly bandwagon was lame. All I can say is that it was popular with the kids in France when I lived there.

But as for the limey fops...pretty much everything after the first JAMC album is embarassing, but if you like My Bloody Valentine I don't see how you can write off Psychocandy...it was a definite milestone on the road to Loveless.

The Smiths were actually not that bad in retrospect, despite their insufferable fans. Looking back now I can definitely appreciate Johnny Marr's guitar playing, he was somewhere between Roger Mcguinn and King Sunny Ade...

And speaking of limey fops I listened a lot to the Stone Roses recently, and you can't really knock that first album....guys who were steeped in everything from the Byrds to Can to northern soul and did it with class (even if they completely ripped-off the bassline for Fools' Gold from Cymande)...

Jan, there are many blogs out there where one can discuss, in great detail, the pros and cons of fuckawful British music from the '80s. This is not one of them.