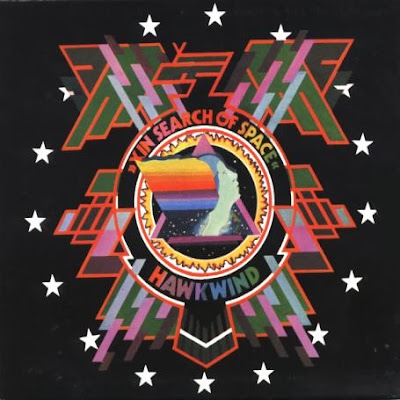 Ya know, I was going to tell y'all about this record pictured above, Hawkwind's 1971 sophomore effort, In Search Of Space. I was going to speak of its greatness, its sign of better things to come w/ the addition of Lemmy on Hawkwind's subsequent albums, Do Re Mi and Space Ritual, of its masterful straddling of the early '70s punk/metal divide, of the band's high status in my canon of rock 'n' roll greats, of its lo-fi, minimalist, punkish grit, aided and abetted by its cruddy production, and of the EMI/UK CD reissue which happens to add three rather killer bonus tracks. I was going to do all of this at great length. In fact I did all of the above last night, and then I lost the whole damn thing. A computer glitch - or more to the point, a glitch on Blogger's behalf - had the whole thing flushed down the cyber toilet, never to be retrieved. Pissed off? You bet. I felt like throwing this goddamn laptop across the room, but that wouldn't have solved a thing. The only avenue left is to forget about it, take some deep breaths and go onto another topic... 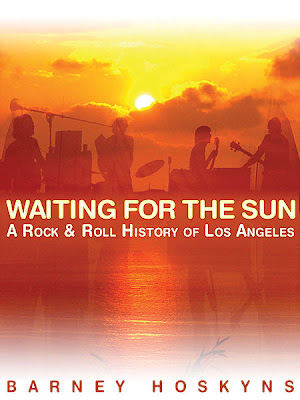 "its masterful straddling of the early '70s punk/metal divide"

I don't think there was much of a divide in the early 70s between sabbath/zeppelin/sir lord baltimore on the one hand and the proto-rumblings that Lenny Kaye dubbed "punk" on the other.

Surely the "divide", if it ever existed outside the fevered imaginations of a few suburban maximuum rock'n'roll readers, only occured after 1977?

Great review, and spot on. As a survey of post-war musics outta LA, this book works really well. I too found Barney's views about music AF (After Fowley) to be, well, just wrong - but that doesn't mean the other stuff isn't pretty damn good. I can think of a dozen worse books to hand to a Brit who thinks LA was only ever THE BEACH BOYS.

Oh! And proof Barney Hoskins was actually in LA during the early 80's can be found at 1:05 of this Angry Samoans clip.

Mr. Galore, it's a good thing I actually publish your comments or I fear you'd be sitting around arguing w/ yourself. To claim there was absolutely no aesthetic, musical or cultural divide between the likes of, say, Led Zep and Deep Purple vs. the Stooges and NY Dolls is disingenuous, at best. Why did the former sell zillions of records and go on to influence so many "heavy metal" groups in the late '70s (once the genre was codified), whilst the Stooges and the NY Dolls stiffed in the marketplace and were obviously influential on a different cultural/musical phenomenon 2-5 years later? Doesn't that speak of a basic difference between these bands? There were bands who bridged the two genres, such as Blue Oyster Cult, Dictators and Hawkwind, but to say that all loud rock music of the early '70s was basically cut from the same cloth doesn't exactly clue anyone in. And I say that as an (ex-) suburbanite MRR reader of the post-1977 variety.

Perhaps you may be right on this one...