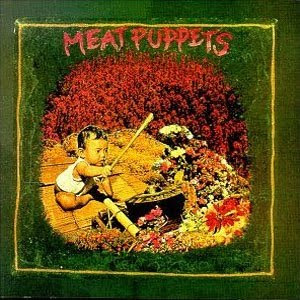 Gettin' back on track and feeling human again. I try not to let this blog gather dust - it makes me look slack - but real life too often gets in the way and before you know it mold starts a-gatherin' on the keyboard, work/family life drains me, bodily parts start malfunctioning and rejecting themselves from my body and a month slips by w/ nary a whisper. I'll try to amend that. Perhaps short-sharp entries are the key. No waffling, no commitment to 1,000-word essays and I won't be scared by the prospect of sitting down in front of a screen for 90 minutes jotting out inane drivel about a bunch of music approx .0000005% of the universe gives a damn about. Lots of musical nonsense floating around my head of late: I've become a little obsessed with the UK reissue label JSP of late - lots of ass-whoopin' 40s/50s R & B, rare Virginian rockabilly (more on that another time), archival Rembetika and other good things - and I'm making a mental note of the fact that it's the year 2009 and in the last 9 months I've witnessed both Flipper and Kramer in the flesh, and next month it'll be the mighty Grong Grong on a reunion tour, as well as '80s thug-punkers Depression(!!) and even nth-tier kraut-punk dinosaurs the Spermbirds!! If you'd told me 20 years back that 2009 would be a year like this (and not just musically, but a near-death brush of appendicitis and the birth of a second daughter), I would've called you a smokin' joker. I try not to be a crotchety old fart, but I'm finding it increasingly difficult to relate to "young" people and their music. Even the good stuff. I don't necessarily dislike it - some of it I really like - but I don't get it. Wrong time frame. Friends tell me 19-year-olds are bidding on ebay for records by King Snake Roost, God and feedtime. Lemme tell you from experience: you couldn't give those records away back in the mid/late '90s! I should know: I tried! Glad I failed, of course (what was I thinking??); that stuff - the good and the bad - is part of my musical DNA from the prehistoric era. Now the cassette is back. I don't know whether to laugh or cry. I can barely keep up.

See that image above? Of course you do. I bought that LP back in 1987, my first purchase of any record from the band. The Meat Puppets' debut didn't make a whole lotta sense at first. II and Up On The Sun, purchased sometime soon thereafter, certainly did. Fact is, the MPs' first disc was always the one I listened to the least out of all their SST platters, and I listened to them all a lot, believe me. Bought all the Rykodisc CD reissues years back when they hit the shelves, too... and somehow the debut still got lost in the shuffle. Still heard the thing approx. 1,000 times, but it was the least loved. My re-evaluation, or relevation, has finally hit my brain cells and sunk in. I've been playing this at work of late: my workmate is away for the month and I have the run of the office, free to punish myself w/ whatever audio bollocks I please. I decided to take full advantage of such a situation and brought a stack of Half Japanese, Burzum, Darkthrone et al CDs to work, with Meat Puppets being top of the pile. 22 years later and it's hitting home. Back in 1987, the Meat Puppets meant zip to all but those in the know. In 2009 they're ex-grunge superstars w/ a platinum album on the mantlepiece. From the latter perspective, this album comes from Mars, but somehow going forwards at the time, then backwards now, the ridiculous collision of hardcore fury (w/ zero angst), peyote-fried psychedelia and near-fusionoid chops is a combo hard to beat. Meat Puppets is up there w/ the Electric Eels, Flipper's Generic (which it greatly resembles in parts, as has been pointed out a zillion times) and Half Jap's 1/2 Gentlemen/Not Beasts as a one-of-a-kind display of art brut which couldn't possibly be repeated. Soon therafter the Kirkwood's (and Bostrom) really got their chops happenin' and nothing this primitive could be replicated. Brought out of LAFMS-bred art-noise obscurity by none other than Joe Carducci and brought to SST's attention as great white hopes, one can only hail all involved as visionary: for what was made then and for what was to come. Curt Kirkwood's angular, sharp guitar shards are so Ginn-like I can only assume there was something in the water. Or maybe Spot and Carducci's presence sprung some magic in the studio. The band never got anywhere near this sound again, but no band can do more than an album or two of this kind of chaos. People get better or worse or just disappear. Meat Puppets is a masterpiece, and I feel like a fool for being possibly the last veteran fan on earth to truly acknowledge it.
Posted by Dave at 4:11 AM

This is my favorite Meat Puppets album - no joke - albeit I try to keep it on the down-low as to avoid accusations of being a pseudo-subvert. Such an incredible mess of an album

"I don't necessarily dislike it - some of it I really like - but I don't get it. Wrong time frame."

I cant agree more. Been starting to feel a generation gap of late. Weird feeling but also kinda good.

Glad the appendix was succesfully exorcised and you're getting back in the saddle.