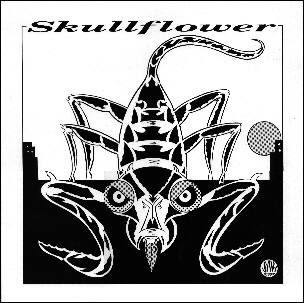 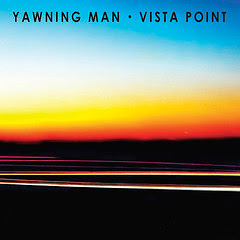 If you happen to be in the area, there's no other place you should be...
Posted by Dave at 2:56 AM 3 comments: 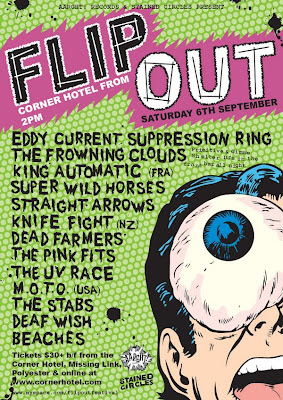 And here's another event I expect to see you at. It's been organised by a few buddies of mine and promises to be a fun day out for all. Bands! (Good bands!!) BBQs! DJs! Booze! Record stalls! Actually, regarding the latter, I'll be holding one there selling all kindsa goodies on labels such as 4 Men With Beards, Sundazed, Water, Trojan, Munster, Lilith, etc., so come on down to say hello, buy some records and/or call me an asshole. Venue: Corner Hotel. Date: September 6th. Cost: $30 (+ b/fee). 2PM start.
You'll notice I've been rather quarter-arsed w/ the entries of late. Can't explain that. Busy w/ life. Not listening to that much music. No time nor inclination. Gotta get my mojo back...
Posted by Dave at 4:27 AM No comments: 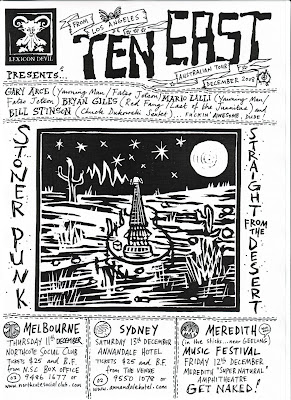 TEN EAST Australian Tour December '08
That ain't the "real" tour poster; rather, it's just a handbill my brother knocked up at a moment's notice so it could be handed out last Friday at a gig to alert people of the UPCOMING TOUR BY TEN EAST IN DECEMBER. The "real" poster will happen soon. Can you read those dates above? OK, thought not. They play at the Northcote Social Club on Thursday the 11th of December (w/ Beaches and Hotel Wrecking City Traders); at the Meredith Music Festival on the Friday evening (along w/ a host of other bands... you'll be hearing a lot about that in the future); and on Saturday the 13th at the Annandale in Sydney w/ Nunchukka Superfly. It'll be the Arce/Lalli/Giles/Stinson and they promise to knock socks off. I expect to see you there.
Posted by Dave at 4:10 AM 2 comments: 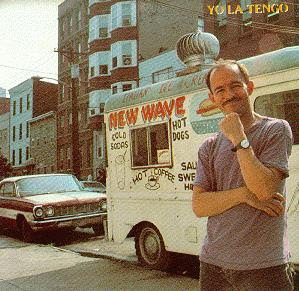 Damn... what a slack bastard. A week and a half goes by w/out me even thinking about this dang blog. Feeling kinda uninspired in the writing stakes, plus I'm swamped w/ other duties right now, one of which I'll be announcing later this week (it's good news, by the way). For the time being, I defer you to that album above, Yo La Tengo's 1987 sophomore outing, New Wave Hot Dogs. I got it in the Au-go-go bargain bin for $10 back in 1991. Don't ask me why I remember that kinda shit; we'll leave that to the therapist's couch. The point is: what a great, almost flawless, album it is. Along w/ Sonic Youth's early work and The Feelies' three albums from the ' 80s, and perhaps even Opal's Happy Nightmare Baby and Dream Syndicate's debut, it stands as the great Velvets-inspired excursion by an American rock outfit in the 1980s. And when I say "Velvets-inspired", I don't necessarily mean "in the spirit of the Velvets" or a limp-noodled nod to the band a la U2 or REM, but a band who flat-out sounds a lot like the Velvet Underground. The vocals, the mannerisms, the guitar drones, the metronomic tempos. YLT did their homework, and it paid off well. It also features my favourite ever YLT track, "Shy Dog", a hardy garage "rocker" w/ the most perceptive and literate lyrics ever concerning what was the bane of my existence at the time: shyness. It took me years to be able to speak up, and I haven't shut up since, but at the time I - like most music obsessives/fanzine dorks - possessed a crippling lack of social skills (hard to believe!), and that song, it spoke to me, man. YLT's sound at the time was crisp and twangy, as opposed to the near-shoegazer lushness they've delved in the last 15 or more years, almost making them sound like a completely different band to the one you hear today. I haven't really dug YLT's last few albums all that much - something hasn't clicked - though I'll stand by the bulk of their back catalogue like the rabid fan I guess I must be: President, Painful!, Electr-O-Pura, I Can Hear The Heart...., etc. That's a good run. Who woulda thought that this now hugely popular "alt-rock" outfit was once almost solely drool fodder for such hard-to-please folks as Forced Exposure mag and even that Stigliano fellow who no longer sends me Xmas cards.
Posted by Dave at 11:13 PM 5 comments: Boy, I've been a little slack of late. It's called being back at work. My pal Richard from Aarght! came over last Saturday night for dinner and an evening of hardcore music dorkdom. He'd commented to me a couple of months back that, even though I'd made the seemingly outlandish statement a while ago that the American underground/independent music scene went through a boom period ca. 1991-'94, he felt that right now we were experiencing a similar golden age, and yet I appeared to be barely even aware of it. He wished to rectify that situation and spin a few discs he possessed of contemporary outfits from the US of A who cut the grade and then some.

So, we kicked back and enjoyed the aural pleasures of the Wooden Shjips (my fave of the evening), Thomas Function, Eat Skulls, some bands on the S-S label and a few others whose names escape me. It was highly educational. I'd probably throw another one on the pile, a 4-track 12" EP I received in the mail from Nashville trio, Heathern Haints, a nice coloured-vinyl outing w/ a hand-screenprinted sleeve, in an edition of 300 copies. Thank the lord for the corporate behemoth known as Myspace. The band contacted me via the site, proceeded to blow a load of hot air up my backside and before you knew it I was pestering for a freebie (the shamelessness of it all!). Good thing I did. They belt out a super-nice basement-vibe combo of their acknowledged influences - Spacemen 3, Amon Duul, Ghost, Pink Floyd, Charalambides, etc. - and spice it up w/ some semi-soaring vocals and doom-rock theatrics, when the occasion warrants it.

There must be something in the water in Tennessee. I checked out some of their "top friends" and stumbled across a bunch of fellow weirdos by bands with names such as Hollow Ox and Mass At Dawn, and was similarly impressed. No one's reinventing the wheel here, but they're recycling a well-worn path in a very pleasing manner, and I'm always up for some lo-fi, atmospheric psych-rock from the backwoods of anywhere, and Heathern Haints fit the bill. The Kids are still doin' it for themselves...
Posted by Dave at 3:56 AM 5 comments:
Newer Posts Older Posts Home
Subscribe to: Posts (Atom)