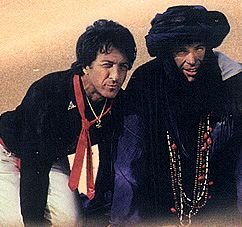 Here's some links back to old LexDev articles you may care to read and comment on. The choice is yours!

A History Of Witnessed Touring Bands

Speaking of The Feelies, which I know we really weren't, I'll just note that only a trainspotter knee-deep in the pits of neuroses such as myself would pick up the following piece of trivia: last night I watched the recently-released movie, The Squid And The Whale. Dean Wareham of Luna/Galaxie 500 was its musical supervisor. It stars Jeff Daniels, is set in New York ca. 1986 and features The Feelies on the soundtrack (a track from The Good Earth). 20 years ago - that's 1986, folks - the very same Jeff Daniels starred in Jonathon Demme's Something Wild, which not only featured The Feelies on the soundtrack, but also had them playing a high-school-reunion band in the actual movie. You can start w/ that amazing factoid at your next dinner party.