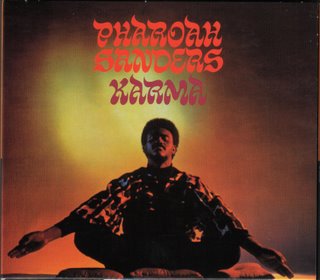 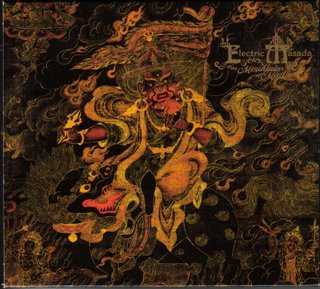 Man, this cold weather makes it real hard to write. Add to that the fact that our heating system has kicked the bucket and I'm blowing steam out of my mouth as I write, and that'll explain my lack of entries.

Before I run, two things: If you're from Melbourne town, please come to the Arthouse in North Melbourne (yeah, a real fine venue; the Vodaphone Arena was already booked) this Thursday 15th June to see The Southernhay Orphans, a new 4-piece comprised of my bro and a few friends of mine for an evening of skull-blasting Saints/Wire/Black Flag-influenced r 'n' r aktion. And if they don't exactly deliver on that hyperbole-laden description, you can still pop in and say hello, anyway.

1) THE NECKS - Chemist CD
Brand new-y from this world-beating Australian trio, who once again have taken me (and possibly everyone else) by surprise: guitar, a "rock" beat throughout, and three - count 'em - three "short" (as in, 20 minutes a piece) numbers. Chemist doesn't hit me - yet - like a bomb, the way Drive-By, Mosquito/See Through and Aether did, though I'm giving it a three-month trial period.
2) STRIBORG - Embittered Darkness/Isle De Morts CD
Embittered... is Striborg's brand new recording, and keeping in the Sin-Nanna tradition, sounds like it was recorded in a wind tunnel w/ a cassette player. Dig it, dig the "real" (as in, acoustic) drums and cherish those sublime passages of acoustic guitar and $20 keyboards. His best yet. Isle De Mort is an old LP from 1997 w/ the most garbage-level recording I've yet heard from a Black Metal outfit. Fucking ridiculous and not particularly good (even my low expectations for fidelity have a limit), though it's nice of the good folks at Southern Lord to tack something historical on for the fans. Speaking of Southern Lord, this very CD sports some handsome shrinkwrap and a barcoded top spine for the malls of America. On a Striborg CD. Anyone get that joke?
3) OM - Conference of the Birds LP
Every man and his dog demanded I buy this LP. After all, if Jesu's CD floated my boat to such a degree in '05 (and indeed it did: it was my fave "rock" album of last year), then OM are sure to be the winners of '06. I only bought this yesterday, so it's too early to tell. Initial reports are very positive. OM are two dudes from legendary San Fran doomsters, Sleep. They play bass and drums. OM possess the slow crawl of Sleep, though the music, I guess because of the ltd. make-up of the band, is given space to breathe and throws their sound much more into the "ambient/doom/drone" bracket inhabited by Jesu and their brethren. The vocals are totally Gilmour-damaged, with the bulk of this sounding a lot like a heavier, more abstract take on Saucerful of Secrets/More-period 'Floyd - and that's a good thing, by the way - though it possesses an awesome, meditative vibe which never out-stays its welcome yet doesn't feel the need to reach some sort of "conclusion" at the end of each song's 15-minute duration as if to rationalise its existence. It simply drifts. I like...
4) JOHN ZORN'S ELECTRIC MASADA - At The Mouth Of Madness 2CD
Bought this after reading various salivating reviews on the web which referenced such blessed cornerstone slabs as Live/Evil and Dark Magus in relation to the awe-inspiring sounds presented on this epic live 2CD set. "They" were right. This is flooring stuff. Zorn and co. must rate as the only band I've ever heard which successfully replicates the desperate sounds of Miles and co. circa 1972-'75. There's no dips into sleepy fusion, nor is this another excursion into that dreaded made-up genre known as "punk-jazz"; it is simply the most staggering recorded statement of blatantly Miles-influenced free-jazz/acid-funk/psych-punk (I could do this all day) I have encountered. Doubters, give it a try.
5) PHAROAH SANDERS - Karma CD
Back on a Pharoah trip. Given my recent Don Cherry/Alice Coltrane obsessions, it was a natural step to revisit my long-dormant Pharoah CDs which were gobbled up in that late, great Impulse feeding frenzy of the mid/late '90s. But let's not get too nostalgic... Karma, from 1969, is one of his best. The 32-minute opus which takes up the vast bulk of the LP, "The Creator Has A Master Plan", is the stuff of legend. A calvacade of fourth world chants, gongs, bells and vocalese interspersed with the occasional room-emptying squawls from Sanders, it's a masterful slice of bong-hit psychedelic jazz.
Posted by Dave at 12:50 AM