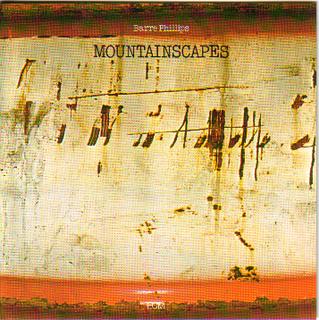 Are the rumours true? Are the Sex Pistols really playing at Live 8, the totally unnecessary sequel to Live Aid? If so, it's time to pack the suitcases and move to Mars.

There's a new magazine starting up Down Under very soon, tentatively titled Secret... or is that What We Do Is Secret? I'm pretty sure it's the former. I mean, pfft, Germs references in magazine or record-label titles, that is so 2001. The young gents behind this potentially commericially suicidal venture will be making it a free mag, printing up 5,000 copies for the debut then upping it to 10,000 thereafter, distributing it nationally, scouring their money from lots of ads and, in their own words, hoping to make an intelligent alternative to Vice magazine and the woeful excuses for journalism which litter the free weeklies nationwide (and don't get me started on them). Sounds like an honourable pursuit to me, so I've thrown in my two cents with a Gary Floyd interview rounded up by a Dicks/Big Boys piece (which will probably just plunder the half-dozen or more articles I've written on those bands in the last 10 years), and my pal Richard is diving into the deep end by conducting an interview with the Saints' Chris Bailey (which I was originally offered, though my fear of Bailey's legendary crankiness had me handballing it to Rich, who was only too happy to take it on). Secret needs you. If you wanna help, drop me a line at lexdev@yahoo.com.au

Due to my work situation changing, I now have unlimited daily access to the discographies of such labels as Document, Yazoo, Shanachie, Folkways, Proper, Ocora, Hat Hut, Touch, Trikont and, yes, ECM. I'm going nuts. In between diving headfirst into doo-wop box sets (really... when it's good, it's good), Russian medieval chants, North African trance music, (almost) the entire recorded works of Augustus Pablo and every Kentucky fiddle music and Roscoe Holcomb CD I can lay my hands on, there's always a pleasant surprise thrown one's way. This has been mine the last week...

BARRE PHILLIPS - Mountainscapes CD (ECM, 1976)
Who'da thunk this'd blow my head off? ECM, let it be known, is actually a label I have tremendous respect for. However, out of its massive discography there is, if truth be told, very little I would rate as being "my bag", such items being that spectacular Circle 2-LP set from the '70s, some early Terje Rypdal, Krakatau (astonishing early-'90s guitar-led outfit helmed by Raoul Bjorkenheim, Norway's answer to Sonny Sharrock/Rudolph Grey), Art Ensemble, a few Evan Parker and Don Cherry CDs, the odd Arvo Part disc and a few other things I can't recall right now, but this gem has thrown me for a tailspin.
Barre Phillips is a veteran bass player in the European scene; he's done the stretch from fairly straight jazz to Brotzmann ensembles right through to a Keiji Haino duet CD released years back on PSF (or was it Incus?). Why did I put this on? Why not? It was sitting there, it's from '76 when ECM still had its hand dipped firmly in the avant-jazz scene, and my ears had a spare 45 minutes to kill. With a typical '70s cast including the likes of John Surman and John Abercrombie on sax and guitar, respectively, and a Mr. Dieter Fiechtner on synthesizer, there's nary a hint of pleasant Northern European chamber jazz in sight. Track one (all tracks - 8 of them - are simply numbers) blasts straight for the orbit, screeching horns, outer-space keyboards and Phillips scraping and scratching away on his bass strings. Throughout the next 7 numbers the music jumps in a dozen different directions, from abstract soundwaves to rollicking, skittering guitar skronk to almost Gong/Hawkwind/Krautrock-like cosmic-jazz, and every time I hear it - and I'm listening to it right now - it reminds me of those killers discs you accidentally stumble across every once in a while, albums which make you want to ring up a friend and tell about your discovery. Man, I though I was over that kinda shit years ago, but I found myself doing exactly that with Mountainscapes just this week.
Posted by Dave at 4:15 AM No comments: Links to this post

I'm in more of a mood for a good bitch and a moan than a rant about music at this point in my life. I haven't really been reading any blogs of late, let alone felt like contributing to my own. That's no slight on the good bloggers of the world out there (or even the mediocre ones), it's just that my life has been so inundated with music lately - and that's for work (and don't ask me what I do; I won't tell you) - that the thought of sitting in front of this computer at night, in my spare time, to write about music, is not something which greatly appeals. I have to do enough of that shit during the day.

And then there's fucking PayPal. Fuck them in the ear and fuck them hard. I finally got ADSL broadband for the computer last week, and within 12 hours of it being set up, with myself being too stupid/ignorant to realise that one MUST get a "firewall" protector for their system if they have it, a couple of dickheaded hackers made their way into my PayPal account and stole all USD$1,400.00 I had sitting in there. Will I ever get it back? Judging by PayPal's nothing-but-automated responses thus far, in which they claim they're "looking into it", I'd say my chances are slim. I should probably be mad at myself - hell, I am - though I can't help but feel that a company as big as PayPal should have the sense, smarts and financial clout to be able to afford themselves a state-of-the-art security system which doesn't allow slimy shit like that to happen. I gotta ask the question: has it happened to anyone else you know?

OK, to make matters worse, my car broke down during the week - again - so I paid a small fortune to get it fixed, promised myself I'd put it on the market this weekend, left it out the front of a friend's place last night whilst attending a friendly BBQ, only to return to it later on and discover it the victim of a hit-and-run. Some motherfuck-on-a-stick smashed into the side, to the point where I can't even open the driver door properly anymore, and drove off.

I FUCKING GIVE UP.

Well, not yet. Before I do, I highly recommend that everyone on earth hear these albums:

FOOD - Last Supper CD
New CD on Rune Grammofon. Food are a kind of avant/jazz/experimental/electronic supergroup featuring trumpet extraordinaire Arve Henrikson. They plunder and steal from the likes of '70s Miles, ambient Eno, Krautrock and perhaps a bit of prime Don Cherry, though the atmosphere they create is their own. Along with Jesu, AluminiumKnotEye and a bunch of other shit I forget, this will be high in the pile for best CDs of 2005.
SHINING - In The Kingdom Of Kitsch You Will Be A Monster CD
Ignore the stupid title; listen to the CD instead. Another Aryan supergroup c/ Rune Grammofon, Shining are about as far as I can handle "rock" these days. They "rock", but they don't sling guitars or pose in matching suits. Fact is, I have no fucking idea what they look like. But what they sound like is this: the bombastic crunch of early '70s King Crimson (you know, the good stuff, if you were to take away the horrific vocals), the post-punk experimentation of This Heat (ca. Deceit), the cut-ups of primo Krautrock (think Faust Tapes/Tago Mago) and perhaps a dash of the "big band" stylings of Mingus or some of William Parker's ensembles. You could probably throw a bit of early Swans in there, too. Play it loud and annoy everyone around you. Another goodie.
DARKTHRONE - Transilvanian Hunger CD
I bought this a while ago - after my entry into the world of Darkthrone via Under The Funeral Moon - and was pretty disappointed. I mean, ...Funeral Moon, that baby is the shit and the wipe all in one. A friend from Sydney recommended TH as perhaps the archetypal Norwegian Black Metal album. I poo-pooed such nonsense, telling him it was just a friggin' pain in the arse to listen to, sounding like it'd been recorded in a toilet bowl placed in a windtunnel. No, no, no, you've got it all wrong, my friend said. "You're listening to it like it's a rock album; it's not. It's an ambient album. It's all about feeling and textures. The recording and musicianship are way too sub-par to pass for rock'n'roll". I figured he was being a typically antagonistic/contrarist asshole and ignored him... until I gave it a listen with new ears a week or two later. That a-hole - sorry, friend - is right. Amon Duul: Half Japanese: Solger: Harry Pussy: Darkthrone. That's a beautiful lineage of Primitive Shit Music I can get my ears around.
Posted by Dave at 4:58 AM No comments: Links to this post

Uh, I don't have any internet at home right now, and won't for the next week and a half, so there won't be any entries here 'til at least then. I fucked up and forgot to resubscribe to my server, and now that I'm going broadband (yeah, I'm moving with the times) it's going to take a week for my modem to arrive. It's all very interesting, I'm sure. Maybe when I'm back online I can thrill no-one with my ravings for such gems as Ulver's Madrigal Night, Darkthrone's Transilvanian Hunger (two pinnacle no-fi releases from Norway's Golden Era of Black Metal), a stack of new titles on Rune Grammofon (Norway is where it's at), The Ex (thanks Mr. Righter, I've been such a fool), Sun Ra, Brother of the Occult Sisterhood (new-ish bother/sister duo from rural Australia doing a kind of Jeweled Antler Collective/"New Weird Folk" [or whatever the fuck] schtick - all the hepcats are talking about 'em, apparently), and a bunch of other nonsense. Buy the new Oil Tasters reissue CD, it rocks.
Posted by Dave at 11:53 PM No comments: Links to this post
Newer Posts Older Posts Home
Subscribe to: Posts (Atom)